On March 2, 2015 I am presenting a short talk for the Python Data Science meetup.  Here is the announcement for the meetup.

And here are my slides:

The code for the talk is in an IPython notebook you can view on nbviewer.  It is still a work in progress!

And here's the punchline graph: 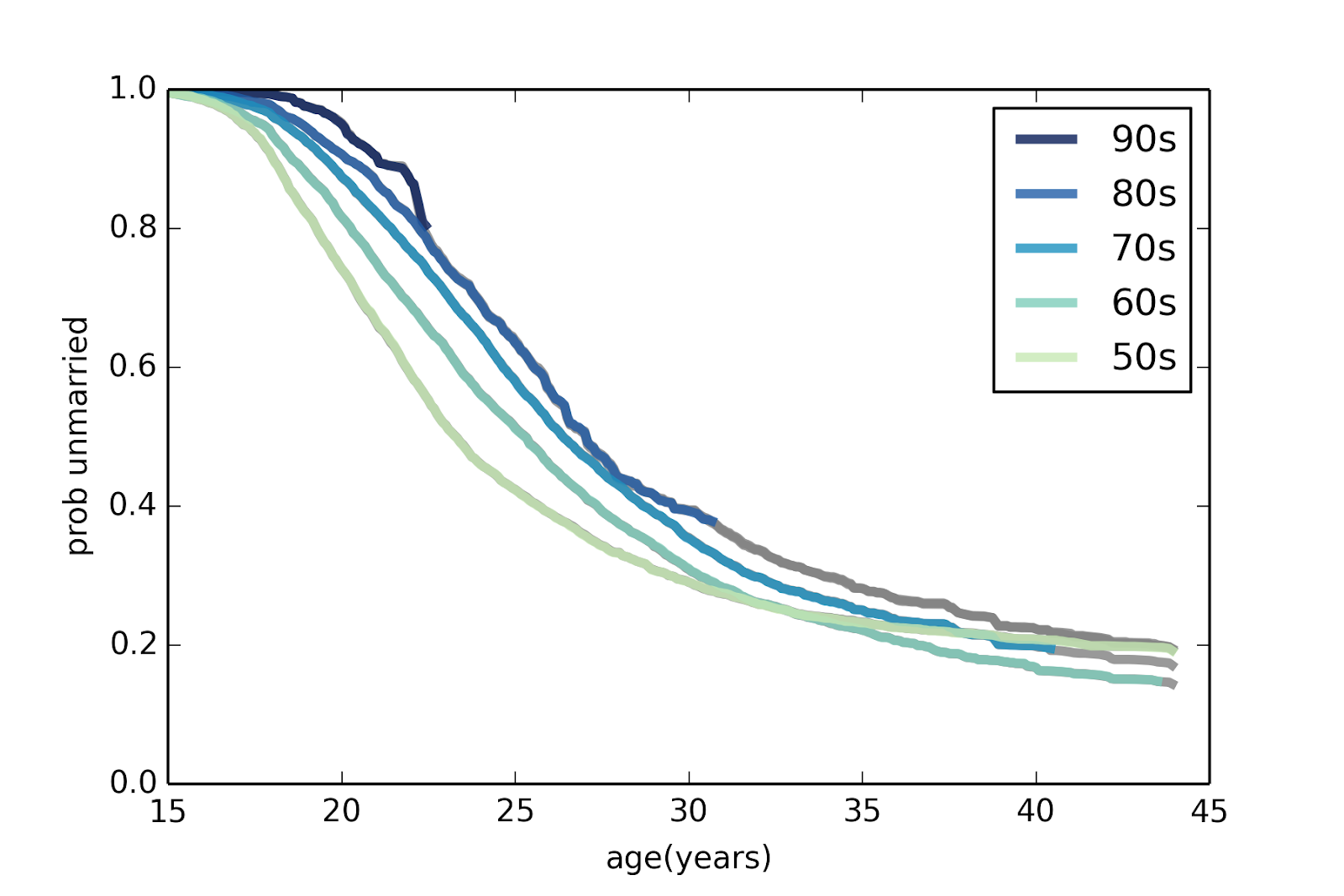 The gray lines show predictions based on applying patterns from previous cohorts.

A few patterns emerge from this figure:

1) Successive generations of women are getting married later and later.  No surprise there.

2) For women born in the 50s, the curve leveled off; if they didn't marry early, they were unlikely to marry at all.  For later generations, the curve keeps dropping, which indicates some women getting married for the first time at later ages.